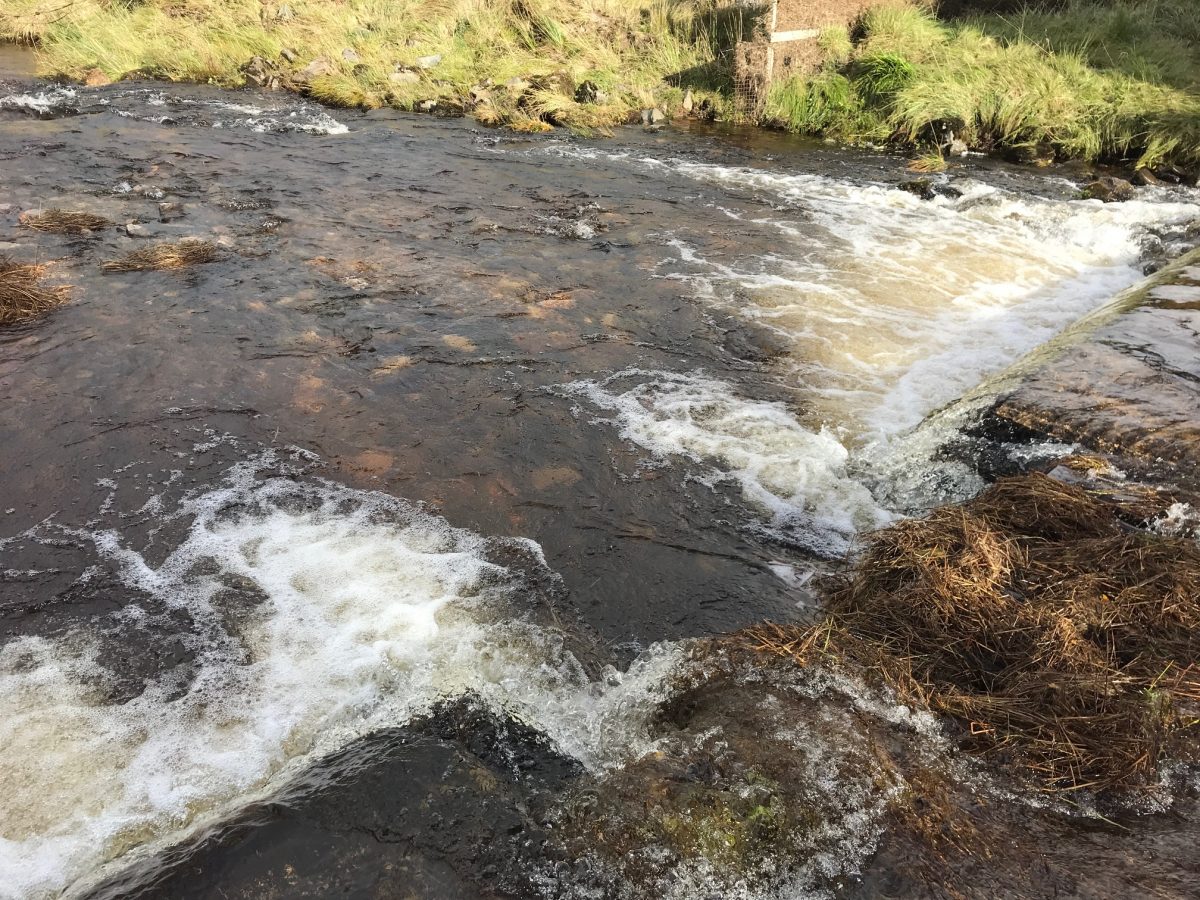 Throughout October fishery officers maintained regular foot and vehicle patrols over the catchment. A couple of rod poaching incidents were recorded but overall illegal activity was low, possibly due to the increased angling effort on the beats by legitimate anglers. Sustained high water levels also prevented any build of fish in the pools and attracting any unwanted attention. Officers on patrol have been routinely checking fishing permits on various angling club and association waters. A few members were reminded to carry their permit on them whilst fishing.

Catches of salmon were much improved for October, steady water levels kept fish on the move and provided all beats with sport, be it still limited on a few. An increase in angling effort was noticeable throughout the river as the final weeks approached. Anglers on the upper reaches at Semeil and Kildrummy reported improved catches and Castle Forbes reported their best October returns in five years. Improved numbers of fish were seen on the lower beats, although the majority of those landed and showing were coloured, a handful of late silver grilse and the odd multi sea winter specimen appeared amongst them. The heaviest Salmon reported this month and for the season was a magnificent sealiced 25lb fish from the ADAA waters at Upper Parkhill.

Fifteen sites across the catchment are surveyed on a weekly basis from October until spawning ceases at the end of December. The upper river sections commenced on the 20th of this month with the middle and lower following on the week later. A small number of brown trout redds have been observed along with some early salmon activity. Increased water levels have helped fish access the tributaries and salmon have already been seen well up the Deskry burn. Weather conditions presently remain mild, a few nights of ground frost would greatly help to bring the fish on and kick start spawning activity.

Following on from last month, the upcoming November edition of Trout and Salmon magazine will include a feature report showcasing various Don beats throughout the river. This will enhance the rivers profile as a salmon and trout fishery and hopefully help attract new visitors to the Don next season.

A reminder that the Fishery Board and Trust’s new website was launched last month with regular updates linked through our social media accounts and monthly reports such as this. www.riverdon.org

The Piscivorous Bird License for autumn 2020 – spring 2021 has now been received. The licence permits a quota of 29 goosanders and 5 cormorants to be controlled in order to reinforce the shoot to scare approach. The Don DSFB engages volunteers to act as marksmen and support this management practice. Should you wish to contribute to this programme then please contact Jim Kerr on Jim@riverdee.org. Existing marksmen are being contacted presently by staff to update their declarations and licenses.

The October bird survey was completed on the 27th from Poldulie Bridge by Strathdon down to the river estuary, a total of 128 goosanders and 5 cormorants were counted.

A severe flood occurred on the 3rd, water levels increased quickly overnight reaching almost 12ft on the lower reaches. Subsequently some damage occurred throughout the catchment, a few beats have suffered bank erosion, access tracks were scoured, and several pools have changed flow due to gravel movement.  As water levels receded several issues regarding adult fish passage were discovered, the Garchory ford on the upper river was partially chocked by gravel and flood debris and is currently being resolved. The Towie Burn on Tillypronie fishing’s was impassable to adult fish in a couple of sections and has now been cleared.

The main flow should be concentrated through the centre of the ford allowing access for fish at all water heights. Fish have still been able to surmount the ford and pass the structure in recent flows.